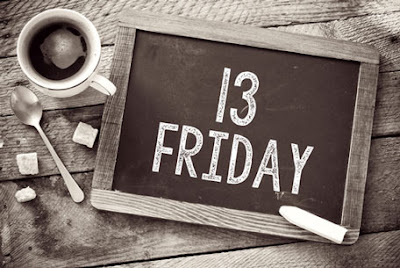 Friday the 13th, a day that can strike fear in some people. The number 13 has been seen as unlucky for centuries, some say it can be traced back to Christian superstition that began with the Last Supper where 13 people were present.  The fear of the number is called Triskadekaphobia. Link the number with Friday and you have Paraskevidekatriaphobia for a fear of Friday the 13th. Many people will easily laugh it off but such fears and superstitions can still cost economies millions of pounds as people take the day off having been gripped by a sense of fear and foreboding. I grew up with so many superstitions being held by my maternal grandmother which she duly passed down the family line. I still remember my mum crying the day she broke a mirror, it was also the day I decided to let my inner witch out and find a way to make my mum feel better. In case anyone is wondering how to reverse the bad luck of a broken mirror, the solutions I found were;

1) Throw a piece of the broken mirror in running water of a stream.
2) Bury the glass under moonlight.
3) Turn around three times and throw salt over your left shoulder.
4) Take a piece of the mirror to a grave yard and tap it three times on top of a grave stone.
5) Leave all the pieces where they are for seven hours, one hour for each year of bad luck it's suppose to bring and then clear them up.

As by the time I'd got in from work to find my mum crying and she'd already removed the glass I went with numbers 4 and 1 too be double sure and given we have both a graveyard and stream close by. Superstitious nonsense possibly but it made my mum feel better and that's all I cared about.

Back to Friday the 13th, I was always determined not to be superstitious about the number 13 despite my gran, for one thing I was born on the 13th and I'd no intention of dreading the date no matter when it fell. I took the opposite track and decided to embrace the number, every raffle ticket type thing etc I'd ask for 13 and surprisingly to many I was frequently lucky, it also brought some amusument. Friday the 13th isn't a universal superstition, there is no evidence for it at all until the 19th century. In Italy they are more worried about Friday the 17th and in Greece it's Tuesday the 13th that brings dread. A  book, the 1869 biography of Gioachino Rossini who died on Friday the 13th is thought to be one of the reasons why the superstition took a hold on the public's imagination. Various other things have been attributed to the date from Wall Street Crashes to more hospitalizations but as a superstition it really isn't some ancient curse, more a modern fancy but still the fear it can bring some people can be real as with all phobias, they don't need logic to survive. Horror films like Friday the 13th have profitably played on this fear. Authors and film makers are very good at playing on our fears but some of them also have a deft way of dealing with them. Writer Terry Pratchett and actor Benedict Cumberbatch with a very Sherlock style quote are two of my favorite. 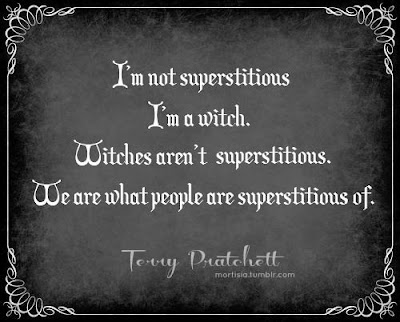 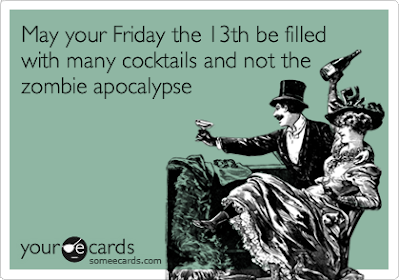 This post is part of Holly of  Holly's Horrorland blog hop.
Please visit to see who else is taking part.

Are you free Friday? 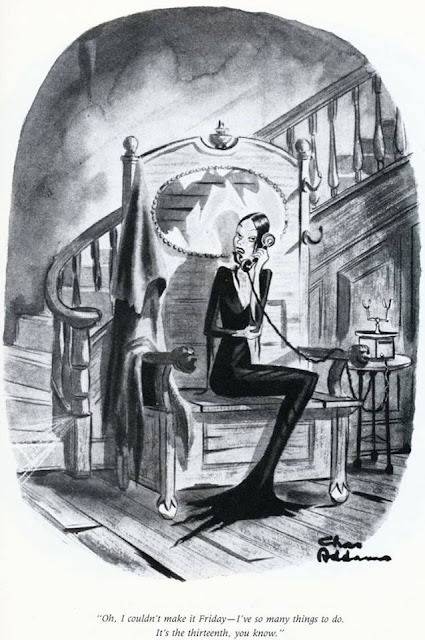 If you are free you might want to pop over to Holly's Horrorland, she's organizing some blog hops for our amusement. The first in April is conveniently enough Friday the 13th, the week after there will be one on Bats.
at April 11, 2018 2 comments:

If you want to go and dance with the Fae and looking for the perfect outfit, this corset might be a starting point. A fairy rainbow of colourful delight to sparkle as you twirl. 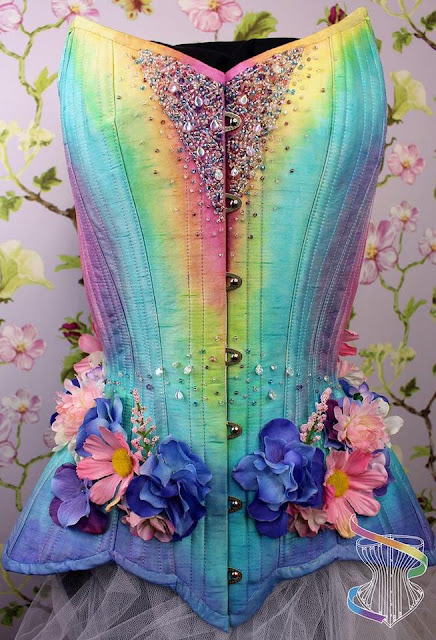 Available from Rainbow Curve Corsetry who do the most fantastic creations.
at August 04, 2017 1 comment: