Debi of Easel & Quill has set a challenge for Valentine’s Day of ‘Creative Coupling& Bleeding Hearts’ the idea being to take two characters whether from life, fiction or film/tv etc. and say who, why and how they met and became a couple. This is my offering.
Lord Byron and the White Lady of Newstead.
The Who 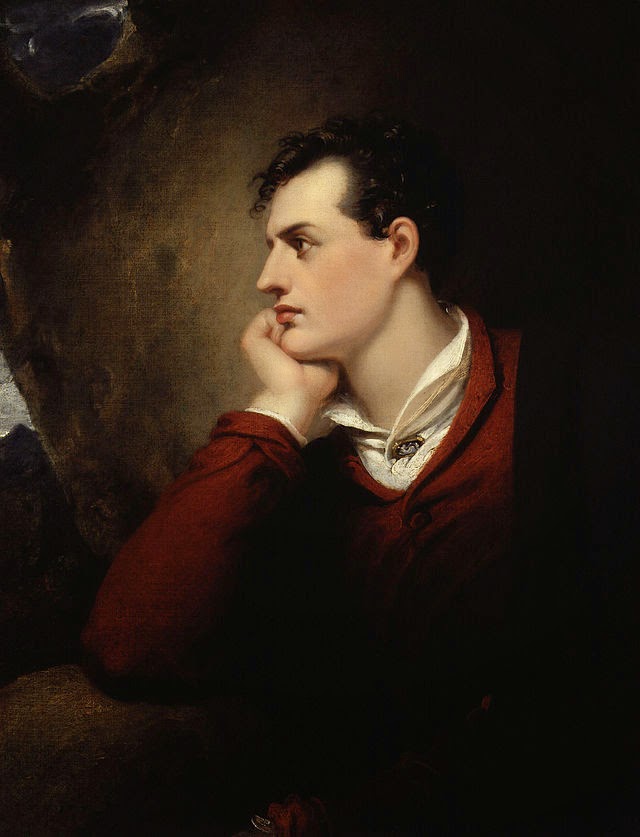 Lord Bryon had sold lovely Newstead to his old school friend Thomas Wildman and traveled far to Greece where he met his mortal end. His body returned home to England but burial at Westminster Abbey was refused due to what was termed by some as his ‘questionable morality’. His mortal remains eventually found a resting place in the local parish church of St. Mary Magdalene but mortal remains are never as strong in will as those of spirit, soul and heart and his heart had always intended it should return and reside at Newstead Abbey once more. He had years previously  build a magnificent tomb in Newstead grounds to his most beloved of dogs, the Newfoundland Boatswain with the intention they would eventually be reunited in death once again and buried together. The body did not make the return journey but his heart and soul did and once more Byron wandered his beloved Newstead grounds in Spirit. 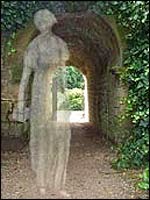 The Lady in White as she was to become known because of her fondness for wearing light coloured clothing was named in life as Sophie Hyatt, a very shy young lady who being born deaf and unable to speak was nervous of people and had a habit of diving into nearby cover to hide as strangers approached. She found a life in books and words, both giving her new worlds to escape too and was often to be seen carrying a slate upon which to write her own words. Though loving his poems she never met Byron in life, moving close to Newstead to live on the farm of a relative after he had already sold the Abbey and moved to Greece but she struck up a friendship with the Wildman family who became fond of the young girl, allowed her to wander the Abbey grounds and often she was to be scene in the distance wandering the glorious gardens with the dog Byron had to leave behind, accompanying her. Unable to support herself she lived a rather perilous existence relying on the good will of relatives, when the kindly farmer who’d took her in died she was once more force to move on in the hope of finding further help but tragedy struck as she set off for Nottingham and not hearing the Drayman’s warning she was struck by the horse and cart and died outside the Black Boy pub. It was an added sadness that her journey was unnecessary as the Wildman’s had already decided to offer her a home in the grounds of their estate. Her body was buried locally but her heart and spirit returned to where it had known happiness and can still occasionally be seen to this very day wandering the Abbey grounds along the path now known as the White Lady’s Walk.
The Meeting 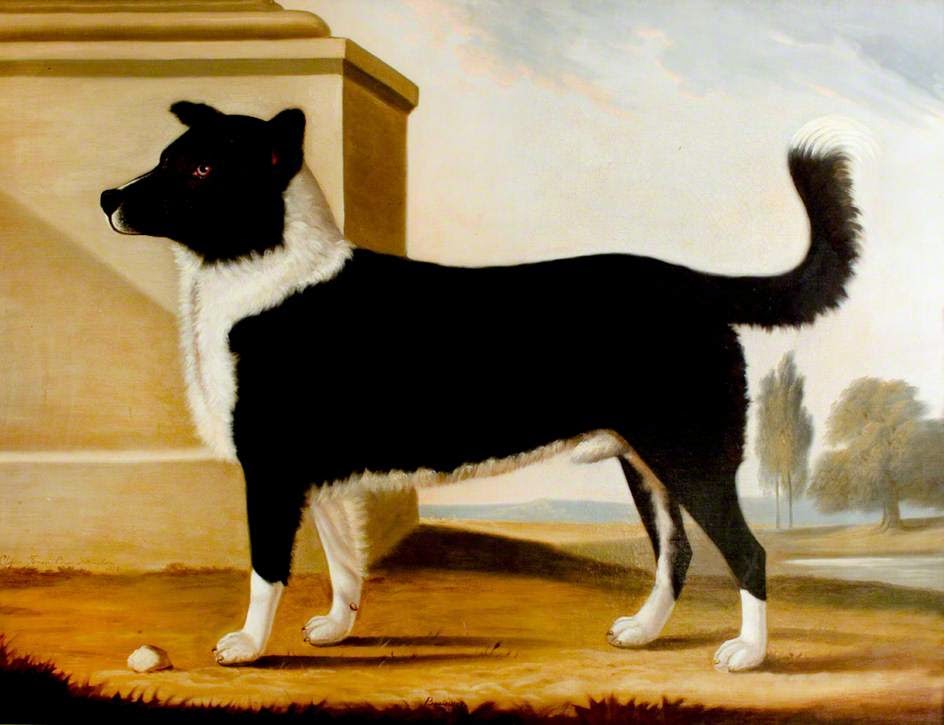 Byron was happy to be home once more and at least in spirit he no longer had the responsibilities of maintaining of the estate, never something he was good at, or huge debts hanging over his head, he was happy to see his friend Thomas was looking after the estate well. He was overjoyed to once more be reunited with his best childhood friend the large and ever faithful Boatswain. Still an air of melancholy did descend on his spirit, his soul still poured forth new words and poems but without anyone to share them with the words seem empty of meaning and were lost to the world. One morning he began his daily leisurely stroll of the garden but caught the quickest glimpse of another shadow spirit diving into cover of the shrubbery as he neared, was this another soul with which he could converse? This occurred for six days in a row but whenever he neared the spot there was no sign of another, either mortal or spirit. On the seventh day he rose early from his slumbers and waited at the spot of disappearance, he did not wait long before the shy spirit of Sophie made its present but seeing her root of vanishing blocked she became rather flummoxed as to what to do. Boatswain once more came to his master’s aid in spirit as he always did in life and wandered up to the lady in white with a friendly wagging tail and a head that just needed to be patted and stroked. The ice was broken and as so often happens in life, a friendship and love was born over a dog who brought two souls together.
The Happy Ever After Conclusion. 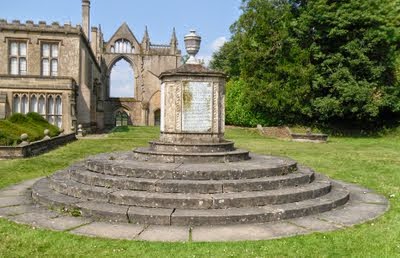 Now the White Lady no longer wanders alone on her walks and Byron’s spirit is no longer melancholy. They wander together in their eternal walks of the grounds, weaving new works of words between them, lost to the world but shared between those two, laughing and whispering of things the mortal world has no sense of.  In their wake the ever faithfully spirit of Boatswain follows his master and new mistress.