Had a busy couple of weeks trying to get the decorating finished (still not done it all) and the house made puppy prove again, it's been along time since we had a puppy in the house. I had a list of names I like and had sort of settled on Teddy from the moment I knew I was getting him, but after holding him in my arms on the way home I changed my mine. He's got a twinkle in his eyes that reminded me of my grandad so now he's Reggie and I think it's the perfect name for him. He seems to have settled in and loves his new bed but poor love could not have picked a colder day to arrive home because Mother Holda has shook her blankets and gave us a layer of four inches of snow when I awoke this morning. It looks beautiful but poor Reggie is not impressed with it at all on his first venture outside. 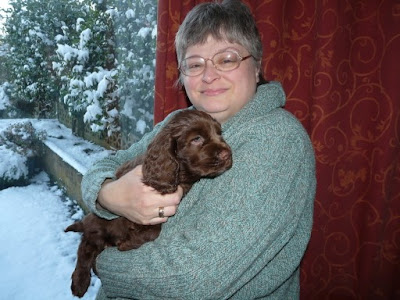 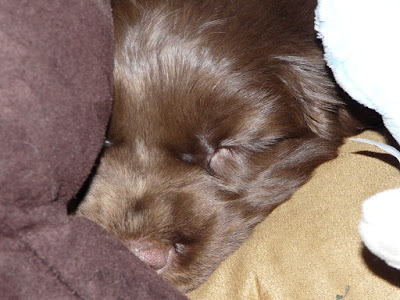 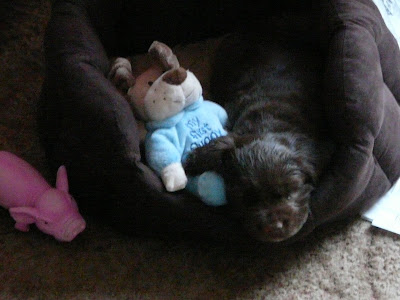