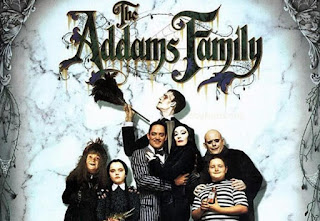 The everyday story of a new family moving into a new neighbourhood first went to air on the 18th of September 1964. At the heart it was a very traditional story of an extended family and their everyday lives and tribulations. The one main thing that always stood out and made this family drama somewhat different to many other family shows was that this family actually cared about each other.

The husband and wife really were a love match. As an extended family of three generations they of course had their private squabble occasionally but they always stood together by the end of the show. Their tastes in furnishings were somewhat eccentric, hobbies somewhat macabre. They had a retinue of staff that could on first meeting be unnerving to any new visitors.  Yet all their staff were very loyal to the family, from Lurch the butler to 'Thing', a disembodied hand which given how adapt it was at tasks would have seem to be an asset to any home. The families pets were also apt to take visitors by surprise, yet I'm sure Kitty cat really did only want to play. I guess some people are scared of cats, though why they tried to always run, I've no idea.

Sadly the family didn't always seem to be accepted in to their neighbourhood, it was very hard to see why as when viewed aside of their neighbours the Addams seemed the most decent and rock solid family in the area. 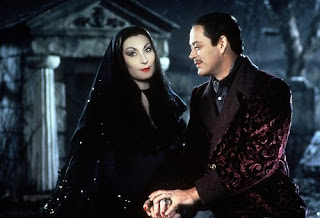 A catchy theme tune that stuck in your head was the hook that drew you in and the family were one you wanted to be part off. Good solid homely fun. 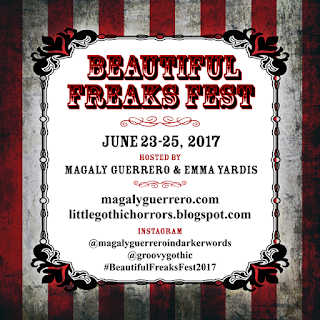 Joining in with the fun of Beautiful Freaks Fest hosted by Magaly Guerrero and Emma Yardis.
Edit - Opps I've just realised this blog party is suppose to be about the freaky,
sorry I've written about such an ordinary family TV show, I should have
concentrated more on their everyday neighbours, now they really were quite freaky.
at June 23, 2017